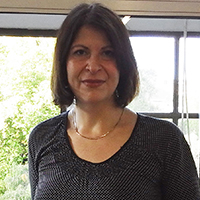 Eleni Karagiannaki is a Research Fellow at the Centre for Analysis of Social Exclusion at the London School of Economics and Political Science. Her research focuses on income and wealth inequality, poverty and socio-economic mobility.

This research draws on inequality and poverty statistics from various databases including the European Union Statistics on Incomes and Living Conditions (EU-SILC), the OECD Income Distribution Database (IDD) and the Worl... Read more...

While there has been substantial research on the impacts of the Great Recession on household incomes, there has been less attention paid to the effects on individual income. Using pooled data from the Family Resources Su... Read more...

Falling Behind, Getting Ahead: The Changing Structure of Inequality in the UK, 2007-2013

This report looks in detail at inequality within the UK, 2007-2013, which groups have gained and lost - comparing men and women, and housing tenure, region, ethnicity, and disability as well as age group. Detailed examin... Read more...

Mapping and measuring the distribution of household wealth: A cross-country analysis

In this paper we compare the level, composition and distribution of household wealth in five industrial countries: the UK, US, Italy, Finland and Sweden. We exploit the harmonized data within the Luxembourg Wealth Study,... Read more...

This paper presents the first UK estimates of the association between parental wealth during adolescence and a range of children’s outcomes in early adulthood. Parental wealth is positively associated with all outcomes e... Read more...

The Relative Role of Socio-Economic Factors in Explaining the Changing Distribution of Wealth in the US and the UK (with F. Cowell and A. McKnight),
GINI Discussion Paper no.85. (2013) Wealth in the UK: Distribution, Accumulation and Policy (with Hills, J., F. Bastagli, F. Cowell, H. Glennerster, E. Karagiannaki and A. McKnight, (eds.)),
Oxford University Press, Oxford (2013)