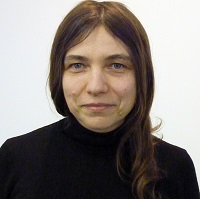 Polly Vizard is an Associate Professorial Research Fellow and Associate Director of Centre for Analysis of Social Exclusion. Her research focuses on multidimensional poverty and inequality, the analysis of deprivation and distributional outcomes using social surveys and administrative data, social and public policy, social indicators, Sens capability framework, human rights-based approaches, and equality and human rights monitoring. She is currently principal investigator on the CASE research programme Social Policies and Distributional Outcomes in a Changing Britain, which runs from October 2017-October 2020.

Child poverty and multidimensional disadvantage: Tackling "data exclusion" and extending the evidence base on "missing" and "invisible" children (Overview report)

This report provides an overview of the findings from the Nuffield Foundation research project, ‘Multidimensional child poverty and disadvantage: tackling “data exclusion” and extending the evidence base on “missing” a... Read more...

Experience of multiple disadvantage among Roma, Gypsy and Traveller children in England and Wales

Roma, Gypsy and Traveller children across Europe experience high levels of disadvantage and have repeatedly been identified as a priority in European Commission policy documents, yet they are often missing or invisible i... Read more...

Multidimensional poverty and income inequality in the EU

This paper examines the link between the way a country's most deprived individuals experience disadvantage across multiple dimensions of life and how this may relate to its level of income inequality. By expanding the de... Read more...

The report uses the Adult Inpatient Survey 2012 to build up an in-depth quantitative evidence base on older people's experiences of dignity and nutrition during hospital stays in England. The survey covers adults aged 16... Read more...

The report uses the Adult Inpatient Survey 2012 to build up an in-depth quantitative evidence base on older people's experiences of dignity and nutrition during hospital stays in England. We find that just under one-quar... Read more...

The Coalition's Record on Health: Policy, Spending and Outcomes 2010-2015

David Cameron promised in 2010 to 'cut the deficit, not the NHS'. But how have the Coalition's policies - including health reforms which are widely viewed as going beyond election commitments - impacted on health?... Read more...

Approaching 1.3 million older people and younger disabled and mentally ill adults use social care services in England, and 3.2 million are cared for informally, by their families and friends. How did the Coalition respon... Read more...

Should economic and social rights be included in a Bill of Rights? An analysis of public views using a general population survey