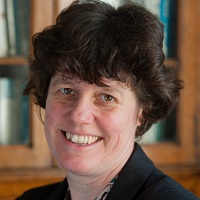 CASE Visiting Professor and Honorary Professor at the University of Manchester

Great Mistakes in Education Policy: and how to avoid them in the future

The Conservatives' Record on Compulsory education: spending, policies and outcomes in England, May 2015 to pre-COVID 2020

This paper reviews education policy in England for the period since the Conservative Government took office in 2015 to the eve of COVID-19 pandemic. We consider the effects of policies on the school system, teachers, cur... Read more...

This paper explores recent developments in the devolution of powers to subnational governments in England and its implications for social policy making and the distribution of economic and social outcomes. It is general... Read more...

The English secondary school system has been undergoing rapid change. 60% of secondary schools are now Academies. Opponents of these changes fear, among other things, greater social segregation, while supporters argue t... Read more...

Pulling in the Same Direction? Economic and Social Outcomes in London and the North of England Since the Recession

The Social Policy in a Cold Climate research programme had two major components: first an analysis of the social policies and spending of Labour and Coalition governments from 1997 to 2015, and theirimpacts on poverty, i... Read more...

Moving home in the early years: family and child outcomes in the UK and the US.

The Coalition's Record on Schools: Policy, Spending and Outcomes 2010-2015

In May 2010, David Cameron and Nick Clegg committed the Coalition to sweeping school reforms, promising “a breaking open of the state monopoly”. They also pledged to protect school spending and give extra money to the ed... Read more...

The Coalition's Record on Area Regeneration and Neighbourhood Renewal: Policy, Spending and Outcomes 2010-2015

In the decade to 2010, substantial progess had been made to improve living conditions, and outcomes in the poorest neighbourhoods. But large gaps remained. This paper looks at how the Coalition tackled this issue, and wh... Read more...

The Coalition inherited some long-term problems in the provision of further education (FE) and skills training as well unresolved challenges about the funding of higher education (HE). What did it do and with what result... Read more...

In the context of what was described as the worst financial settlement in living memory for local government, we set out in this study to establish how residents living in some of the most deprived neighbourhoods of Lond... Read more...