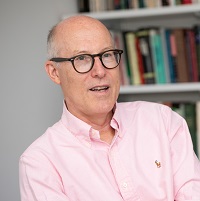 Professor Sir Tim Besley is School Professor of Economics of Political Science and W. Arthur Lewis Professor of Development Economics in the Department of Economics at LSE. He is also a member of the National Infrastructure Commission and, for 2018, is President of the Econometric Society. He is a Fellow of the Econometric Society and British Academy. He is also a Foreign Honorary Member of the American Economic Association and the American Academy of Arts and Sciences.

Professor Besley was educated at Aylesbury Grammar School and Oxford University where he became a prize fellow of All Souls College. He taught subsequently at Princeton before being appointed Professor at the LSE in 1995. He is a Fellow of the Econometric Society, the British Academy, and the European Economic Association.

In 2010 he served as the President of the European Economic Association. Professor Besley is a past co-editor of the American Economic Review, and a 2005 winner of the Yrjö Jahnsson Award of the European Economics Association which is granted every other year to an economist aged under 45 who has made a significant contribution to economics in Europe. His research, which mostly has a policy focus, is mainly in the areas of Development Economics, Public Economics and Political Economy. 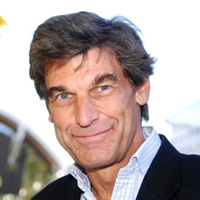 Professor Torsten Persson holds the Torsten and Ragnar Söderberg Chair in Economic Sciences at the IIES of Stockholm University. He is also a Centennial Professor at the London School of Economics, and has held visiting positions at leading universities as Harvard, Princeton and Berkeley.

Persson is a Research Associate of the CEPR and the NBER and a member of CIFAR's program of Institutions, Organizations and Growth. He is a member of several Acadamies, including the Royal Swedish Academy of Science and the American Academy of Arts and Sciences. Persson was elected President of the Econometric Society (in 2008), and President of the European Economic Association (in 2003).

His scientific distinctions include the 1997 Yrjö Jahnsson Medal, given biannually to "the best young economist in Europe", and Honorary Doctorates at Aalto University and the University of Mannheim. Persson's scientific work has spanned different areas, but he is most well-known for his articles and books on political economics. His current research focuses on development, political violence, and climate change. Read more on Professor Persson's homepage. 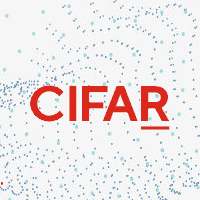 Both authors are members of the Institutions, Organization and Growth Program at CIFAR (the Canadian Institute for Advanced Research).

Discussions with economists, political scientists and historians in this multi-disciplinary program have been essential for the research underlying this book. A preliminary version of the manuscript was presented at a program meeting of the group in October 2010.

Read more on the CFAR Institutions, Organization and Growth Program.