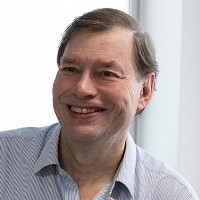 Professor John Hills (1954-2020) was co-founder and director of the LSE's Centre for Analysis of Social Exclusion (CASE) for over 17 years.

He was also co-director of LSE's International Inequalities Institute between 2015 and 2018. One of his last roles was as Chair of CASE and he collaborated on many CASE research projects.

His latest books included Good Times, Bad Times: the welfare myth of them and us (2014/2017) and Social Policy in a Cold Climate (co-edited with Ruth Lupton and others, 2016). Decent Incomes for All, co-edited with Bea Cantillon and Tim Goedemé, was published by Oxford University Press in 2018.

A memory wall to John has been set up on the CASE website, open to anyone to share tributes and memories.

The Conservative Goverments’ Record on Social Security: Policies, Spending and Outcomes, May 2015 to pre-COVID 2020

This paper uses the Social Policies and Distributional Outcomes framework to evaluate how social security policies evolved, how public spending changed, the effects of these on the generosity of the system, and evidence ... Read more...

Flat-lining or seething beneath the surface? Two decades of changing economic inequality in the UK

This paper analyses what happened to economic inequalities in the United Kingdom in the two decades from 1995-96. In aggregate, inequality changes were unremarkable, especially by comparison with sharp increases in the ... Read more...

Were we really all in it together? The distributional effects of the 2010-2015 UK Coalition government's tax-benefit policy changes: an end-of-term update

This paper examines the distributional impacts of the changes to benefits, tax credits, pensions and direct taxes between the UK Elections in May 2010 and in May 2015. It also looks ahead to the longer-term effects of ch... Read more...

Falling Behind, Getting Ahead: The Changing Structure of Inequality in the UK, 2007-2013

This report looks in detail at inequality within the UK, 2007-2013, which groups have gained and lost - comparing men and women, and housing tenure, region, ethnicity, and disability as well as age group. Detailed examin... Read more...

The Coalition's Record on Cash Transfers, Poverty and Inequality 2010-2015

Presenting his 2010 spending review, George Osborne, the Chancellor, insisted that 'those with the broadest shoulders should bear the greatest burden'. How did the Coalition's benefit and direct tax policies affect the d... Read more...

Were we really all in it together? The distributional effects of the UK Coalition government's tax-benefit policy changes

Decentralising the means-test: The design of student bursaries from October 2012.